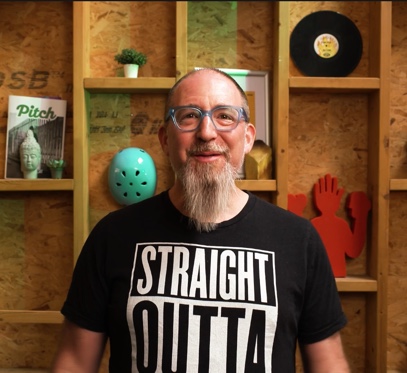 I don’t have very much money, possibly because I run a school that gives out more scholarships than it can afford to pay for. We watch our pennies very carefully at the moment,  but I simply had to buy a copy of Can’t Sell Won’t Sell for each of my students because it is such an important book. Thankfully, Steve Harrison agreed to give them to me at cost.

The word telos in Latin means purpose, as in the purpose of a knife is to cut.

I found my telos running the School. Perhaps you have discovered yours too, or you know that you haven’t quite found it yet, but you are mindfully looking for it and you, sort of, know where it is.

When given the opportunity to live each day with purpose, doing what we feel comes naturally, we massively increase our likelihood of being in Flow State. In positive psychology, this is what you might know as being in the zone.

Many academic textbooks have been written about the benefits of being in Flow. It is where accelerated learning takes place, which is why I am so interested in it as an educator. You might be interested in Flow too, particularly if you work in the creative industry because the seminal book that introduced these ideas is called Flow: Creativity and the Discovery of Invention.

I hear a lot of waffle spoken about ‘purpose’ in advertising. The industry seems to have become enamoured to the idea of creating work that addresses societal or environmental problems. Doing so increases the chances of winning a bit of gold-plated plastic at Cannes.

There are many reasons why the advertising industry is experiencing an existential crisis, but that quote, Steve’s book, telos and Flow are the dots that connect it all together.

We are in the business of mass communication. The purpose of our communications is to help our clients to get their message out into the world, persuading audiences to change their behaviour in ways that benefit our benefactors. Done well, our work fuels demand and thus employment and innovation.

Our first thought should be to do just that. If our purpose is to change behaviour through communications for the benefit of our brands, then the future of our brands should be front of mind.

I know too many people who’s first thought is to win an award, and the best chance of winning an award is to create a purpose led campaign. It increases the likelihood of winning at Cannes by over 400%.  It doesn’t do much for the client’s business though.

Thoughts become words — or briefs. It has become standard for agencies to quantify success in trophies won instead of sales attained.  Many agencies write briefs with the intention of winning an award as a primary objective.

Those briefs become campaigns that probably won’t be seen by many more people than the juries of the award programs that they were created for. Watch your words; they become actions.

If you need evidence of this, look at last year’s winning work at Cannes. Doing so will massively increase the audience of that work.

David Ogilvy’s purpose was expressed in his agency’s motto: We sell, or else. The characteristics captured in this philosophy can easily be found in the habits that Ogilvy would have honed, through his years of practicing direct response marketing.

He wouldn’t recognise the industry in 2021, because we have lost our telos. It hasn’t disappeared, we’ve just lost it.  This is a threat to us, because others have taken hold of our telos and claimed it for themselves. Management consultancies and media owners know which side the bread is buttered; their first thought is to service their clients with what’s needed for them to prosper.

We urgently need to change the way we collectively think as an industry. We should make it compulsory for everyone working in an agency to be aware of the effectiveness of their work, and how it benefited their clients. It needs to become front of mind again, like it was when agencies were trusted to deliver on their telos.

We urgently need to change the ways we reward our talent. Instead of pay increases for the fools gold on offer at Cannes, I would prefer to see people rewarded when creating tangible value for their clients. The average art director in Shoreditch is more likely to know the price of their cryptocurrency stock than their client’s shares.

In a world that’s moving towards being fully automated, where Artificial Intelligence and machine learning is ubiquitous, empathy and creativity are more important than ever.

Students graduating from our School have a wonderful future as mass communicators. I just hope that there is an advertising industry left for them. 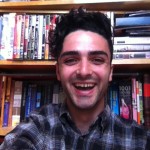 I am writing this scab from the pub @EvaMenovsky