Lack of success – By @katyedelsten I’ve still got no idea what I’m doing.
Like very little clue.
Nothing solid.
Nope.
Nada.
But what I have got, is the beginnings of knowing when what I am doing, is wrong.
A weapon I really didn’t have before.
We used to just go go go and run with things, not really stopping to see if they actually said what we thought they said.
Not really getting far enough away to see it clearly.
Without our weapon we didn’t question what we were doing enough.
We didn’t pause enough.
We used to push too far and go too left of field.
Or just say something completely different to what we planned to.
But now, I think we’re starting to see when something isn’t right.
And in not knowing what is right, we do know what is wrong.
Some would call this failure; failure is the ‘lack of success’.
But I prefer to see it as a kind of twisted success.
It’s growth, it’s development. It’s change. it’s progression. It’s all kinds of things that are very successful indeed.
It’s not knowing why, but..
knowing a proposition doesn’t have a problem and a solution inside it. Knowing when it’s just a line or fancy words.
knowing that your insight is an observation. Or a fact. Or knowing that its got no tension.
knowing you are solving a customer problem, thats nothing to do with the brand.
knowing you’re just repeating something thats been well trodden before.
knowing when the rules have to be broken.
knowing when your copy isn’t saying what your thought was. Or when its telling you the same joke as the Art. Or that it’s too long.
knowing you need a copy campaign because your book is just pictures.
knowing when your Art is too complicated, or too simple. When it should have had the product in it. When it should have been much more unexpected. When it’s just pretty.
knowing you aren’t ready to craft, or that you aren’t ever going to be.
knowing when to just stop.
Sometimes.
And even if we are just starting to pick out when things are very very wrong, instead of right.
We’ll get there by a process of elimination at least.

A Strong and Stable SCAB by @MadDavison 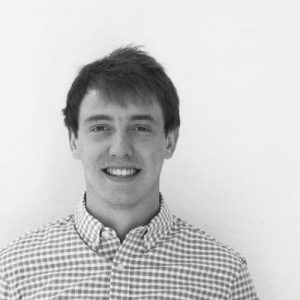 Not finding a partner in this year’s cohort. – By @G_Medford