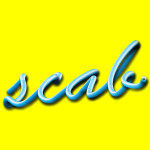 So I missed my scab due date. And while I had the excuse of the PB deadline yesterday, my only excuses for today are a lack of sleep and having half an hour left to do it. Today felt like everything was rushed. We waited until yesterday to actually start working on the video edit, thinking it was a good idea to leave most of it for today, and after uploading it on Youtube being left with a computer that still sort of worked (which is a miracle since it’s 5 years old and responds after 5 minutes when I ask for a Finder window. This word document had to load for 10). And as if we weren’t unhealthy enough today we decided to have some cookies from Strawberry local (practically the Indian night shop version of Sainsbury’s) and a pint as lunch.

We definitely learned a lot. I’m planning on going more to Ian and a lot sooner. Also getting a better relationship with time management. And while we swore to each other that from now we’re not leaving it until the last minute, we’re pretty much procrastinating at the moment on PB2. And PB3. With PB4 on the way, it will get tricky. We’re trying to keep the weekend to ourselves but as the weeks’ progress, I notice that the work is slowly taking over my weekends as well. And how do you keep it separated when you feel guilty if you’re not working. As the reflection showed this week we pretty much all have problems with time management and yet we don’t really acknowledge the problem or telling each other it’s fine to complain about it. We act like not having enough time for other things anymore is all part of the business while we know that mental health has become a serious issue in this business.

So I was glad when I heard peoples plans for the weekend. Visiting family, going home to work on music, sleeping. The last one is mine. I might wake up in April. I might miss a few other scab deadlines then.

To end this scab: a shout out to Henry for being a wonderful partner. It made it easier that, like me, he needs to get out regularly and be on his own for a while. Then come back energized and ready to get cracking again.

And, –since I didn’t have the guts to shout it out today- for making the soundtrack himself. Don’t be so talented pls.

Fear and Foolishness – By @oliverdfinel

How SCA Taught the Spider-Man to Stick