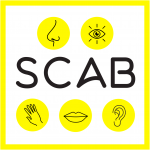 Can’t believe that this is already my last scab! We are week twelve, two weeks before the end of the term, many briefs who are going is a steady pace. I guess it will be a weird feeling to never live this experience again. The end of an adventure, and the beginning of a new one… It’s always hard to say goodbye because we don’t know what is going to happen next. As everything there is some goodbye harder than others and there is good and bad in any of them.

There is the goodbye forever. This is obviously the hardest one as it’s for always. When the time comes to say this one it’s unfortunately when someone is sick and it’s sometimes deliverance. True, this is difficult and sad but also true, keep people you love more than reasonably is selfish and useless at some point.  I think we will understand when it will be our time to pass away.

Then there is the goodbye when you know that you probably won’t see the person anymore because of life obligation or laziness. It’s completely up to you to change it in the next one: The goodbye of “let’s see” when you know you are going to see the person again but not as often as the present. In this case, or it will be the same feelings when you will see him again or it will be completely different, it’s a risk to take. Some friends are able to have the same complicity after a while. Some others reveals new facets of them and the relation might be complicated and never as before anymore. The best is when we’re all changing and we are actually in the same steps of our lives that make the complicity carry on even if it’s different than before, it’ sometimes even better.

In any case, goodbye isn’t easy. You still have to do it for friends, family and lovers. It’s maybe why it is often a theme of music. Because saying goodbye is sentimental and full of hope.

But whatever happens, if you say goodbye to someone make sure to explain the truth because it might be your last chance. Does someone read that? Do not have regret.

So goodbye SCA, goodbye Hush, and maybe goodbye London. I hope to cross the road of some of you in the future, and I can’t wait to see how far you will be for cream in comparison with the level we have today. It was awesome as it is awesome to go explore new adventures. Let see if the grass is greener elsewhere…

The comedian in front of an empty room  – By @helenapelsmae

How will you punish yourself for missing yesterday’s group SCAB? -Group SCAB

You can’t close Soho – By @dinglebobs