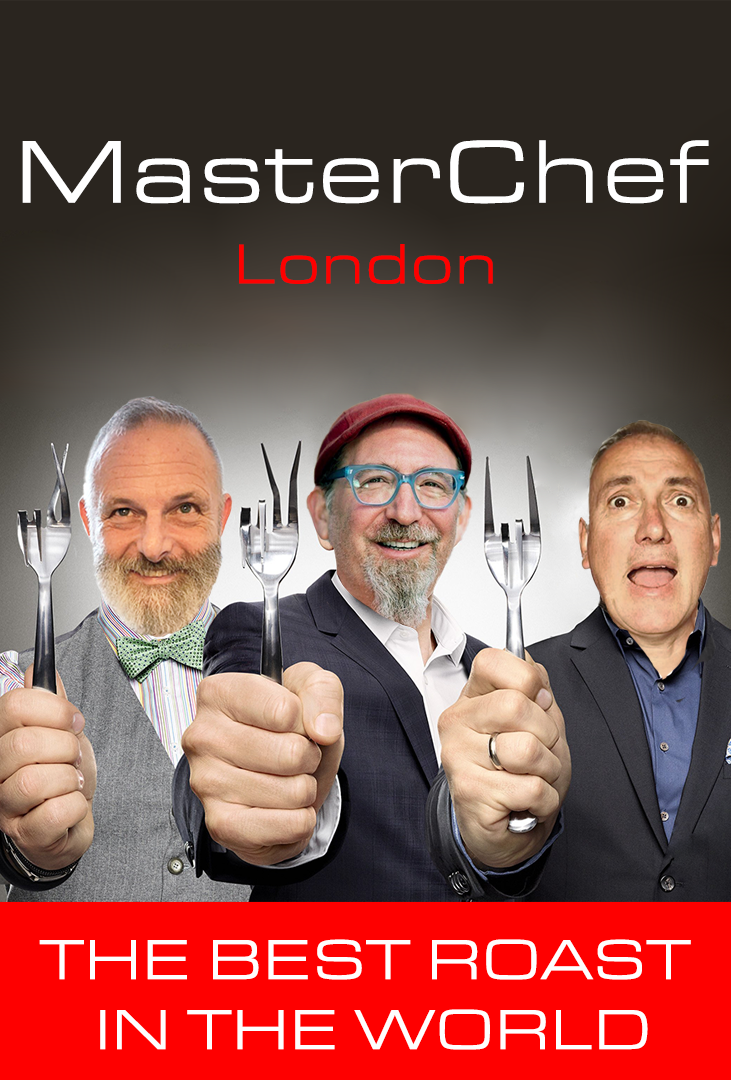 During my Selection Day, I was asked to recommend a series that I’ve watched recently. Back then I’d just finished season 4 of Masterchef USA. It did feel like a guilty pleasure but I decided to share it with Rob. I knew he probably has his favorite shows and genres, so there’s no point in trying to revolutionise his cinematic world.

A few days later it was time to hear the news. I got in! I also got feedback. It was all great besides one line that kept coming back to me, haunting me and my perceived place in SCA. “Rob was disappointed about your choice of series”. I couldn’t believe it. I’ve always thought that “taste” is a personal thing and one shouldn’t be judged by it. But then I was.

If you are unaware, MasterChef is an American cooking reality TV show, open to amateur and home chefs. It’s highly competitive, full of challenges and beautifully plated food.

The time that passed between the verdict and start of the school was filled with doubt. I couldn’t help but wonder, am I the right kind of person?

After a few days of SCA, I knew why I do like Masterchef, and why I was drawn to this school. And it’s because they’re very much alike.

I’ve learned that SCA works like a big competition, a game. Masterchef claims to be the biggest competition in the world. SCA claims to be the best ad school in the world. It holds a Selection Day, Masterchef has Auditions. Once you’re in, a typical day at SCA consists of a Town Hall where we’re introduced to the lineup of the day. One thing you can expect is to be challenged. Throw in a few masterclasses to learn the craft, a few exercises to get you started, and of course- the briefs.

Masterchef’s episode structure includes an intro to the day, the main challenge, and the “dreaded pressure tests”. The focal challenge can be either a “mystery box” where contestants are asked to produce stunning dishes using given ingredients or a team challenge. For technical Mystery Boxes, contestants are given a masterclass.

SCA’s briefs are not so different. They’re divided into personal and team tasks. They’re all designed to push you out of your comfort zone. You’ll be asked to do something you might have never heard of and do it well. Because here everything counts. If you do well you get a shoutout. SCA gives you points for doing well. Masterchef’s judges give out free passes to the next round and various advantages. It’s important to show that you are a strong contender in the eyes of your peers, potential rivals, and allies.

The key factor linking MasterChef and SCA to me is the judges. There’s a specific quality one needs to be a great judge of a TV show. The Original and best MasterChef judges are: Graham Elliot, Gordon Ramsay, and Joe Bastianich. On the SCA side we have: Ian Hands, Marc Lewis, and Rob MacGillvray.

Graham Elliot is the friendly one. He’s very family-oriented and cares about the joy that food can bring. As a laid-back judge, you can see him giving constructive criticism, the kind you could hear from your grandmother. But don’t underestimate him. He knows his craft and will hold you responsible for ruining his childhood favourite.

Ian is also very friendly, with a great sense of humor. He loves his dog and has a background in fine art. He comes across as relaxed but he won’t hesitate to comment on your poor typography or composition. He knows all the tricks. Don’t think you’re a genius for using Helvetica.

Gordon Ramsay is the mental one. He’ll scream at you. He needs his risotto perfect. He’s the head of the show, a frontman. A bit of a show-off. But one thing you cannot take away from him is charisma. He makes baking cupcakes intense. He’s brutal to the bone but once you hear his approval you’ll smile for a week.

If you’ve had the chance to meet Marc you know that he’s a mad guy. I’ve never seen anyone so passionate about their job. As the dean, he rules the school. He does it right in front of all of us, he is a part of almost every lecture, exercise, or presentation. His charisma powers up the school. He likes to win, so he’ll make you a winner if you let him. Feedback from him will be straightforward. Bad ideas are “ugly babies” that need to be transformed. Excel in your task and you’ll know that you’re on your way to the top.

Joe Bastianich is the snobby one. He takes pride in his Italian heritage and won’t take any of your bullsh*t. A true perfectionist with a taste for wines and cheeses. Overcooked pasta sends you home. He’s the strict teacher with a ruler. Make it excellent and you might just make it through.

Rob knows his motion pictures. He’s pragmatic and won’t take part in your games. He won’t make it easy for you or even for his own son. He’ll teach you why some things work well and others don’t. And why the things you make usually won’t. Don’t ask him to play videos during lectures but you can always count on him for a good roast.

I was judged by one show I like. Maybe unfairly, maybe not. To me, it no longer matters. I am not any more ashamed of loving Masterchef than of loving SCA. I believe that everything we do makes us who we are. I want to make it to the top and I enjoy watching trying to do the same, it doesn’t matter if it depends on a soufflé or on an ad about a snowplow.

Have you lost the plot or are you just skiving?

SCA is a McDonald’s Ball Pit. By @Benedicttatham

I never, ever play basketball now – By @charlesfare