The Green Party and other mood killers – By @nearsanctum182 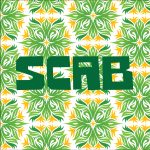 The Green Party and other mood killers

In one of these past weeks, (they’re starting to fly by now) we at SCA were given the opportunity to sit with two members of The Green Party, up for election in their respective constituencies. With a growing interest in politics a life-long tendency toward asking a million questions, this was somewhat of a dream come through for me.

However, I was shocked and horrified to find that other people in the room also had questions, thus I was not allowed to sit and personally grill these two unsuspecting political-folk™ with a fervour that Anderson Cooper would salute.

So, I wrote some of them down. They’re grilling, no-holds-barred questions and comments but we’ll get to that in a minute

You see, when I first voted, I couldn’t think of a better option than going Green. I believed (and largely, still do) that humans had the power to create lasting change on the things around us. Therefore, I thought that democracy was our chance to decide which direction we wished to sway our hand; do you want to leave this place better, or worse, than when you arrived?

As it turns out, and in fact often does, it wasn’t that simple. Politics has come down with an unbearable case of Game Fever™. The social issues that throughout time have foreshadowed the rise and fall of dynasties are played for sport.

“I will say anything the poles identify as empathetic to my target audience. My soul is literally for sale. Peppa Pig is the single greatest piece of entertainment ever put to paper.”

And I don’t have some grand conclusion to that, either.

That’s why we’re all still here, waiting for Donald Trump’s final “gotcha” tweet before he nukes us all to kingdom come.

Anyway; here are the questions and comments I noted for The Green Party reps.

1.The ineptitude of The Green Party lies in their spirit. Their shadow of holistic nature packaged as radical packaging. But there is nothing radical about middle-class white people championing a cause. To what extent will you ensure that your party puts its money where its mouth is on the social issues it champions?

2. Promising the world, but not taking the necessary steps to ensure that your message is: heard, acknowledged, digested and crucially, triggers change, makes your political strategy, however noble its’ aims, inept, within our current bureaucratic structure. What do you say to opponents, and indeed supporters, that say you are passing the buck by saying it is not your job to be likeable?

3. While an outwardly strong remain party, you have done nothing to satiate the 51% majority that voted Leave. What’s up with that?

4. In the event The Green Party successfully get into parliament in significant numbers, how do you plan to enact the change your party promises in face of these tumultuous political tides, seeming to consistently favour what is profitable over what is “good”?

5. Byways of a measuring stick, to what extent do you feel like your ‘radical approach’ measures up to that of Lula da Salva, in Brazil or Bernie Sanders, in America?

6. One of the Green Party candidates asserted over and over that she was only interested in being a mouthpiece for the party. To you I say, what are you willing to give up, in order for your party’s efforts to become seen? And where in your view is the line, between terrorist and freedom fighter?