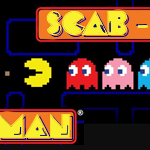 Today I went to the Victoria and Albert museum with a bunch of the SCA lot to check out their latest blockbuster exhibition on Video Games. Or rather, I tagged along with a group going to the V&A in order to sit and sketch in one of the halls of headless and limbless renaissance busts in order to kill time between podcast recordings, whilst the others went to the Video Games Exhibition – or least that was my intention.

But as the others raced off to buy tickets, filled with excitement at the prospect of seeing room after room filled with all things Minecraft and Game of Legends (?!), I thought to myself, armed with a pencil and my tatty sketchbook ready to get drawing another marble castrated wang end – ‘Oh, but alas! What am I doing!? This is not expanding my mind!?? I am wasting my precious time! Why am I even here if I’m not picking up dots that are outside the realm of my usual daily dotty things? I have sketched naked busts but a thousand times! I MUST go into the exhibition! I MUST expose myself to dots that I wouldn’t normally see, even if I am to be bored stiff!’.

(Not sure why I dramatised that so I sound like Dorothy from the Wizard of Oz, that is not what my internal monologue sounds like, I promise).

And thus, I bought a ticket and I entered into a world that was completely alien to me.

The exhibition, however, turned out to be a fascinating look at the realm of video games and really opened my eyes to all that they are. Video games, as a genre are more often than not thought to be the reserve of socially awkward nerds in dark basements, and to an extent this preconception was not wholly shattered by the exhibition, but MY GOD do these socially awkward nerds have skills both at creating and playing these feats of technological and creative prowess.

And who am I to judge people based on their neurodivergence, when I spend most of my days in a room filled with people that are just as strange (but just as impressive) in so many ways?

Whilst I have previously marvelled in passing at the very thought of there being people out there so gifted in design and in coding that they are able to create a complex video game, the exhibition was brilliant in that it laid out information on many types of games and the various processes that go into making them. It took its audience through from initial conception, design, coding, completion through to the resultant obsessive gaming culture, steps and stages that I had never even thought of, but if anything made the process even more mystical and more impressive in its complexity.

The rooms of the exhibition were laden with intricate drawings for character design and scenery that whilst they were mostly produced on computers, clearly had the delicate touch and care of the most talented of artists. The computing sorcery on display was also next to none. The exhibition was a showcase of the human left brain and right brain working at their hardest, but in perfect and complete harmony. Basically, I have never felt more stupid.

I found the context of the exhibition extremely interesting, being held at such a historically and artistically significant museum as the Victoria and Albert Museum, which really elevated and emphasised the cultural significance of the medium. And rightly so. I previously would have laughed in anyone’s face if they had previously suggested that drawings from a video game belonged in a contemporary gallery, but truly some of those sketches wouldn’t have looked out of place in the Louvre.

By the end of the exhibition I couldn’t help but think why on earth video games weren’t a common mainstay of contemporary art galleries across the world. According to Google, MoMA have caught on and have acquired fourteen video games as part of its department of architecture and design in November 2012, but it appears that cultural attitudes have not come very far since and the stiff upper lip of the art world remains.

Gamers are still derided and their games vanquished to the lower rungs of the cultural hierarchy (riiiiight alongside advertising hehe). With the lines between what is and isn’t art becoming ever blurred to the point of invisibility, and therefore contemporary galleries becoming more spaces for distilling and recording snapshots of the visual zeitgeist rather than for display cabinets for these intangible things that we like to call ‘art’, I don’t think it’s ridiculous to suggest that video games, their paraphernalia and their makers deserve pride of place alongside the Turner prize winners of this world.

I can’t say I’ll ever understand how they work, or how people get QUITE so obsessed with playing them but I can safely say that I will look at the world of gaming with a much more interested mindset, and maybe not get quite so annoyed when I hear my brother swearing at the top of his lungs whilst playing online Fortnite with some rando on the other side of the world. He’s just getting his daily dot.

Half way through. – By @bellwoodart 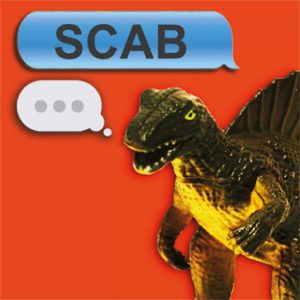