WELCOME TO OAKHAM – By @ohunterjenkins Last New Years Eve I caught a norovirus. It was one of the worst illnesses I’ve ever had, it meant a week of crouching over a toilet feeling sorry for myself. Not only did it bitter the start of 2015, it also meant I missed out on all of the celebrations. So I vowed that I’d make this New Year twice as big to make up for it. I normally leave it to a more organised mate to source tickets to whatever event seemed the best. But as per my vow, this year I’d be taking the reigns. And taking them I did – by the end of September i’d found the best lineups and convinced the mainstay of my mates to get onboard.
All was set. Or so I thought.
Now I’d spent a lot of Christmas at my girlfriend’s homestead,  Oakham. It’s a strange old place – pretty rural and full of people called Archie. Not really the scene for a blow out. But nevertheless, this is where ended up. My Mrs’ had been homesick all year so had pleaded with me from the 20th that we should stay up North to see it in. Eventually, I caved.
The annual rural bash was held in their Village Hall, with all proceeds going to the local playground. At a £9 door fee it actually came in higher than the day party. Although lacking in the quality DJ department, in made up for it with an eclectic collection of entertainment. We’re talking raffles, a Mexican band, a magician, and my personal favourite, a man with a cracking whip. But true to the ‘trying something different’ mantra – I certainly had my eyes opened. Although the night involved dropping more cheese puffs than Mitsubishis, it wasn’t without charm. What was most fascinating was the love that everyone had for their quaint village. The collection box went round at least 10 times, heavier with every round.
Now I would of put this down to their love of the village. But as the night grew on, and the cheap rum flowed. I found myself emptying my wallet in the bucket for the fourth time that evening. For me it wasn’t about the village, it was for the cause. It was just so fucking simple – a playground. It was tangible, something anyone could understand. Every time I donated I could imagine the playground my money would be building.
Even now, I can picture it.
For that, I’ve got to hand it to the Village Hall. They were ‘keeping it simple’ with devastating effect -by the end the bucket couldn’t be carried. It was truly amazing. With any luck, we’ll be able to get Barbara from the Hall in for a masterclass.
She doesn’t like London much though, so here’s to hoping.

Sweat, death and making love to the world @pipbaines13 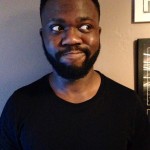 A letter to Robin. My advertising mentor in Sydney – By @shein_dean