A weird weekend in Paris – By @aleks_atn 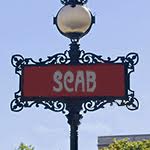 A weird weekend in Paris

Last weekend I went to Paris to see my family and surprisingly it actually turned out to be a very strange weekend for us all, so thought it was worth sharing with you guys.

I didn’t recognize my country, and to be fair I was actually really disappointed in France.

Taxes in our country are increasing more and more, and people are starting to protest against it. But to be honest I didn’t know what was happening in Paris, I was in England and I didn’t watch the tv once, so when I am speaking to my parents on the phone about my work, how they are, we never speak about politics. So actually when I arrived at home, the tv was on (in London I don’t have a tv so that’s why), so my reflex was to watch directly what happened. I saw burned cars everywhere, they vandalized the «Arc de Triomphe» and lots of other things, the store at «Champs Elysée» has closed for several days. But I still don’t realize that it was true, it was through the tv so for me it was not any stronger than when I saw it in real life.

So I decided to go there once the nightmare had stopped, very late at night, at 3am. It was only when I got there that I realized that my country was starting to degenerate. Huge tag on the most famous monument of the capital, all the shops of the most beautiful avenue in the world were painted with wooden planks. I had the impression of being in a shantytown, planks everywhere, like if it was a war. Only Louis Vuitton had installed glass protection, to stay classy until the end. So basically I didn’t see my parents for two months and when I come back there is a misery in Paris.

It was shocking and upsetting to see what’s unravelling in the city I love. A place of blissful romance and storybook scenery. I hope my people can find peace and our great city will be restored to the beautiful cultural hub I know it as.

I write a lot. @twylaliden

It’s all about people. By @Laura_Amelia_

How SCA Taught the Spider-Man to Stick