Advertising: Sink or Swim? By @kat_pegler 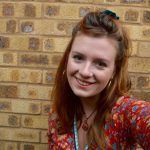 Earlier this week, this quote appeared on a presentation given by CrowdReach and it’s been playing on my mind.

It’s in our blood to quickly change the channel when they appear on the TV, to get a cuppa while they frustratingly interrupt something we were interested in. To calm our nerves when they intrusively pop-up while we browse the internet, and to quickly flick over the pages where they dominate the paper. But try as we might to ignore them, it seems ads are impenetrable, relentless and unavoidable in day to day life; and ultimately a nuisance impossible to totally ignore.

The digital age has brought the power to eliminate advertising from our lives. We can now skip the ads on TV, we install Ad Blocker on our laptops, and we turn the ads on the underground into cats https://www.kickstarter.com/projects/1115177097/the-citizens-advertising-takeover-service-cats/description.

If advertising is really hated that much, then why would I want to be a part of it? It’s because this kind of advertising that is forced upon you, generating disinterest and frustration rather than entertainment, is facing extinction, and something organic is replacing it.

I came to the realisation earlier this week that we are in a time, where a role reversal has occurred that will shape the future of advertising:

This is because the consumer now has the world at their fingers, and so ignorance is a thing of the past. The internet has brought the public insight that poses a real threat to the effectiveness of advertising. People are now able to take to the internet and read about how good a brand really is through customer reviews, price comparison sites, social media and transparency websites. Therefore, in a money conscious world, we now have the ability to be promiscuous with brands, shopping around for the best deal rather than merely accepting what an advert says. This means that even if an advert is interesting enough to gain attention, it does not mean it will be effective in driving sales, let alone loyalty to a brand. So upon reflection, people don’t just dislike advertising, it is actually ineffective, because people are able to bypass what an ad is saying and find out for themselves.

And yet, for the advertising world, this could be a blessing in disguise. Heightened consumer awareness means that selling through creative work, is probably not the most effective way to generate sales. The digital age has enabled people to buy products solely based on rational as opposed to emotional thinking. Marketers are now working on GPS targeted deals and brand bots can talk directly to the consumer, which means making a sale is less about creativity, and more about targeting. A good deal aimed at the right audience now sells itself, and so the focus of the creative remains to engage the consumer emotionally. Instead of focussing on producing content that generates sales, it’s now more about maintaining strong brand identity and awareness. This is why I like the renaming of advertising agencies into creative agencies, because it recognises that the digital age has freed creativity from the chains of selling.

So as the pressure to sell is alleviated from the creative, something organic can take its place. There is now an ability to make interesting, relevant and innovative content in the name of the brand, that people actually want to engage in and get involved with instead of ignore. What is most innovative about it, is that the consumers are helping to promote the brand; it is spread by the audience you want to target, to the audience you want to target. It shows that success relies just as much on generating awareness, as it does profit, and so if it is possible to create content that goes viral, then that is an indicator more than ever before that the brand is in the right direction.

So although it may be counterintuitive for an advertising student to be welcoming the flaws of advertising with open arms, I can’t help but be a little excited to say goodbye to stale, archaic advertising. We are at a time when its fight or flight, and when it’s not only advertising that is being threatened, but also the mediums we portray it through. This means innovation is key, and to have a world of both digital and real to play in, means that possibilities are infinite.

Go big and small or small and big – by @Goodworkmyboy

‘Cultivating My Lady Garden’ by @annwixley