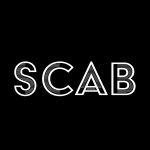 Bette and Joan: A Feud for the Ages

I’ve always been fascinated by old-timey Hollywood glamour and all the drama and mystery surrounding it. It comes from my mom and my older brother, although I probably delved deeper into it than either of them. One story stands out more than any others. That’s the infamous feud between Bette Davis and Joan Crawford. You may not have heard of them, but for some time between the 1930s and the 1960s, they were the biggest actresses ever, only made more famous by their feud.

No one knows how or why the feud started. Some say jealousy, some say drama regarding men they liked, but most likely it comes down to pride and a sexist Hollywood pitching successful women against each other. There was only room for one successful woman (or so they would have you believe). During this time their paths never really crossed paths and they didn’t need to.

The old-style glamour of Hollywood was dying out in the early 1960s, with television overtaking film in a lot of ways. Not only that but as Bette and Joan were getting older, the well of roles available to them was drying up. One thing TV wasn’t doing yet was horror and after the success that was Psycho, everyone wanted in. In a smart move, Joan pitched the idea of doing a film adaptation of »What Ever Happened to Baby Jane« with her long time nemesis Bette. It was a suspense novel tackling the story of two aging sisters who used to be famous but were now living together in a decaying Hollywood mansion, with one sister abusing the other. The story was juicy and seemed to be tailor-made for Davis and Crawford.

They struggled to get financing for the movie, mostly because of the actresses’ age. Several studios refused to finance the film, with Warner Bros reluctantly accepting in the end (Jack Warner went on the earn all his money back 9 days after the movie was released!!!). With financing secured filming was underway with the two polar opposite stars working together for the first time. Joan happily gave the more meaty role of Baby Jane to Bette, despite knowing that that’s the role that stands a chance of winning an award.

I feel like both of them were humbled a bit by their age and the rampant sexism and ageism in Hollywood. Nevertheless, they remained true divas throughout it all. Pulling one stunt after the other to outdo each other. The movie was finished and released to outstanding feedback and box office scores. Everyone loved it!

The feud reached it’s the climax at the 1963 Academy Awards. Bette Davis received a nomination for her role, while Crawford didn’t. But Crawford was determined to defeat Davis – one way or another. So she, »as a courtesy«, offered the other nominated actresses to accept their award for them, in case they win. On the night of the awards, Anne Bancroft won but wasn’t present at the ceremony. That meant Crawford went on stage and accepted the award in her place. Davis was livid! This rekindled their feud and marked the beginning of the end of any other possible future collaborations between them.

It’s hard to explain all the drama well enough in this scab, but if you have time do check out the 2017 miniseries FEUD, starring Susan Sarandon as Bette Davis and Jessica Lange as Joan Crawford. It’s well worth the watch.

Don’t pick up the phone… – By @isabellelj1