Finding Your Tribe – By @sammcollinss 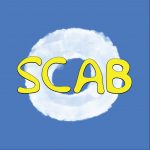 Before starting school, I had no idea which agency I wanted to work for.

Having never worked in advertising before, I was aware only of the ‘mainstream’ agencies. The ones that’d make Capital Xtra’s Summertime Ball if they were teenaged girls.

AMV, Adam and Eve DDB, BBH etc. The Drake’s of the ad world; the ones that had all made at least one piece of work that everyone was aware of.

Turns out, it’s more complicated than that.

There’s lots more to work out. Little fish in a big pond or vice versa ? A boutique or a multi-national? Design, PR or campaign focussed? UK or abroad? Partner or single?

Understanding the culture and dynamic of the creative team in an agency is from the outside, almost impossible. Sure you can judge the work and speak to people that work there are read their ‘About Us’ page. But really, how are you meant to know whether you’ll fit in?

I was unsure of all this. Until today, after hearing from Nils Leonard from Uncommon, where I gained a little clarity.

Uncommon’s work has been familiar to me for several months now. In what otherwise feels like a pivotal time for agencies, Uncommon’s work for the Guardian, Brewdog and WWF really stands out – it feels different. It’s brash and exciting.

Also, an ‘ex-SCA-er’ – Jem Bauermesiter – helped to get the nation talking about mental health during an enforced-in-programme-silence on Britain’s Got Talent. Ridiculously inspiring.

I’ve been worried at the idea of making work for months at an agency without getting anything out. Or about the notorious friction between agency and client. Or between creative and strategy teams.

But from the way Nils described his shop, it seems as though the dynamics are different at Uncommon. Their clients understand what they’re getting – usually because they share Uncommon’s way of looking at the world.

His clients seem especially accepting of the talent and expertise they’ve hired – to the point they’ll trust them more so than other agencies might. This to me is very attractive indeed.

Uncommon’s work feels cutting edge. Their attitude to business, similarly so. I loved the concept of taking a stake in the brands they wanted to see in the world and Nils’ comments on how he wanted to spend his time on projects like Halō, without ‘driving the bus’ as it were, resonated with me in a big way.

It felt as if the future at Uncommon holds a lot more than advertising.

For the first time this year, I felt like I might have found one of my tribes.

Being Thankful & Some Unanswered Questions – By @AliciaCliffe

IS NOT ONLY ADVERTISING – By @aleks_atn

Why the Sainsbury’s Christmas ad is wrong 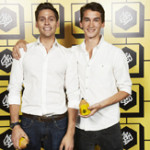