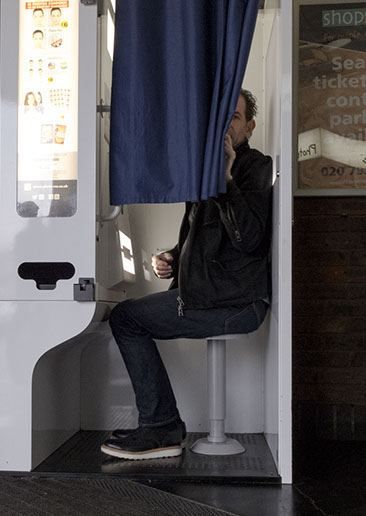 How lucky I am

Being ‘a creative’ in advertising is not on many people’s radar. Yet we are surrounded by advertisements all the time. When we really think about it, we all know that someone must have dreamt them up. That there must have been a process in order to put them together. But not many people think about what that process is and the job prospects that process must create.

I left early education for Art School to study Fine Art, but early into the course I realised that it wasn’t quite my thing. I left and did odd jobs for a couple of years. I was in the same situation that many students who attend SCA find themselves, slightly lost. But, still certain that I wanted to do something creative.

But then an opportunity was thrown my way. My Dad suggested I call my Uncle who was MD of an Ad Agency in Bristol. I did, we spoke and he offered me a work placement for a few weeks that Autumn. I liked it, every day was different and the creative environment resonated with me. It made me think Advertising was something I could do.

But I still needed to learn the ropes if I were to be successful as a creative. It was nearly October and we were three weeks into that academic year which meant that the colleges and creative schools were full.

I made a list and called them all, but I got the same answer every time: ‘Sorry, the course is full.’

Then I called Manchester Polytechnic which did an Advertising course – exactly what I wanted.

‘Oh, hello, yes, funny you should call, a chap did start the term but he just left to be goalkeeper for Stockport County, why don’t you pop up for an interview?’

I was in luck! It was a 3 year course and it was brilliant, helping me learn about art direction and copywriting and the power of ‘The Idea’. We were encouraged to improve our portfolios by networking and building relationships, seeking critiques from the best people in the industry. Much like the SCA does now.

In my third year, I’d decided I wanted to be an Art Director, so I teamed up with Pete, a fellow student who wanted to be a Copywriter. We made a list of the top 5 agencies that we wanted to work for and from Easter onwards we set about visiting those agencies as often as possible.

Our hard work on our portfolio paid off. It was well received by those agencies we took it to and we were offered a few placements, but there were no job offers forthcoming. So, we called Saatchi & Saatchi.

We got an interview with the Group Head, Paul Arden and went in to see him. Paul worked his way through the portfolio, he got to the end, looked up at us and simply said,  ‘When can you start?’

We completed the course a few weeks later, left Manchester on Friday and started at Saatchi & Saatchi in London on Monday.

If I was to take a lesson from the above story, it is to act. Begin. When the thought occurs, do it.

In my experience I find that taking action has a direct correlation with making your own luck. A well chosen first step can create a momentum that can pick you up and take you, not only into, say, a new career, but also open up a whole new world for you to explore.

I look back and think how lucky I have been, not because of achievements or anything like that, but because something made me act, made me take the first step and I am forever grateful for the exhilarating path that has unfolded.

*Alan Burles went on to spend 10 years at Saatchi & Saatchi. He also spent time at BBH and other fine agencies. Alan is an Art Director Mentor here at SCA.

SCA is a McDonald’s Ball Pit. By @Benedicttatham

Are you having the most fantastic time? – By @mazzystar81

A Day Without Headphones – By @alexbottner_