Into the Woods – By @MrBenGolding Now this is the hard bit. I’m quite open when it comes to my film tastes, as a film student I watched most genres from places all over the world. Korean horror? Check. Russian sci-fi? Check. From Italian masterpieces to Japanese b-movies I have seen pretty much all there is to see when it comes to ‘types of movies’. Or at least I thought I had.

I asked my family what I should watch. They also had the same problem, I don’t really mind what it is that I’m sat in front of. I can tell apart the Mean Girls from the Clueless and the Toy Story from the Finding Nemo. In trawling through sky movies listings I was struck with a realisation. Musicals. I rarely watch anything with people singing. Obviously there are exceptions; Sweeney Todd etc. but as a rule I cannot stand a film where people have to sing the plot at me. And so that’s how I sat down to watch ‘Into The Woods’, a film about fairytales and with a zillion celebrity cameos. How appropriate for Christmas.

There you go, a bunch of strange thoughts I will be taking into the future. Hopefully someone will grill me one day on it. Good pub quiz fodder i hope.

Laziness… How comfortable – By @Arthur_Art_Dir 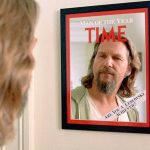 When do we bank on it? By @AsforAlex 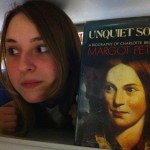