Judging you at comedy show – By @DavidKorhonen4 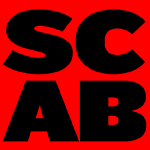 Judging you at comedy show

This Sunday was the Comedy Club show starring almost all SCA students.

They trained for a few months now, got their text and speech ready, and I really felt the tension coming into the place.

Lovely place by the way, I didn’t get to visit it before—a warming entrance with his bar and ping-pong tables. But the most impressive was the main room where people had to make their speech. I didn’t expect it to be this big and crowded. With the light right onto them and the people

masked in the shadow, I was relieved not to be in their place. Feeling all the public around you without being able to see it clearly. Ha. Fortunately, I was there only to judge.

After a few introductions and a quick warm-up for the crowd, Alice was the first to goes in. As she was the only one (I believe) that already did comedy, I felt like it was a nice way to put the pressure on others down. Even though, at the same time, her presentation was so good that I was asking myself if it wasn’t the opposite. We now expected everyone to be hilarious. And very honestly, I presumed that some would be less enjoyable because eh everyone can’t be funny. But it turns out I was wrong. Definitely wrong.

Krakheads passed one after another, and every single one of them added something new, with a unique story and above all, funny. It was often very personal (and really really dark sometimes), we could probably have guess easily whose speech was from who. I also feel people owned quite well space through their movement and gesture. Imitations were also either hilarious or hilariously bad, especially accents.

The only thing I could potentially suggest is that some could have embraced their character even more. Expect for Katie. I’m not sure you can embrace a character further without having everyone worrying.

So, well, everyone bluffed me. I knew we were a class full of funny people but I didn’t expect this much. I also surely wouldn’t have been able and got the courage to do it—too much pressure.

On the other hand, the crowd (myself included, I should start to talk a bit about my performance) was also very remarkable—clap clap clap. As I mentioned earlier, I didn’t assume it would be this big and to have that many people coming. The public was very supportive and involved, which made it even more enjoyable. Especially the first rank, who brings a lot of energy into it. And Oliver’s laugh.

In the end, between beers, laughs and noises, I ended the day with a headache and completely exhausted, but it was a great and long evening.