Week thirteen at SCA and I still can’t do an ollie. What a shame. What looked like the first brief of the year, isn’t going great for now. But I’m probably doing it wrong.

This Thursday I stumbled upon a video of Tony Hawk explaining a lot of skateboard tricks. It helped me I think to get at least the theory of ollies right. But what strikes me was Tony Hawk himself and the passion he still has about skateboarding. He keeps skateboard well, even though he stopped trying the dangerous tricks in the air, and talked about it with so much fire. It’s very inspiring. He also talks a lot about his kids (as every parent I guess) and the way they skateboard as if it was him. He probably is the oldest teenager I have ever seen. It’s also funny that everyone knows his name, but have no clue how he looks like. He has a lot of story of really young skateboarders that spoke to him and mentioned at some point his name without knowing who they talked to. Legends never die. But just their names.

Even though I don’t plan to be any good at skateboarding, it definitely motivates me to finally make it. Get this ollie done to start all those fancy tricks for the sake of beauty. I need to train. But I can’t have my own skateboard for now.

And lately, I start being aware of the amount of noise this little thing does. While rolling may not be that much of an issue, because people walking probably makes the same amount of noise. Jumps, on the other hand, are a nightmare. At the beginning of the year, breaks and free time looked more like school recreation, childish and noisy. But as we start being more and more focus on our works, being stressed about deadlines and in need of communication, having someone keep falling and striking the bins and tables because he still can’t do a single ollie isn’t that enjoyable. I even feel bad attempting. I’m trying to find the right moment to train for it, but it felt like there is no more right moment. So I will keep rolling for now. Rolling is cool anyway.

As a matter of fact, I even feel like rolling around with the skateboard help me being more creative. Or at least think more. I believe this is because while rolling, you don’t have a motionless view. A bit like being on a train, but with having the sensation of “speed” or running without being tired. Things go faster. I just need to be aware to avoid getting into people. I got it right for now. But I wish there were a place where you can roll straight ahead without having to stop with a bit of music. For hours.

And then jump with style. 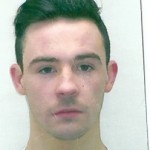 His Pen is as Sharp as his Sword – By @chlo_gray