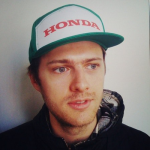 Leave no scamp behind, by @SJYeates

Leave no scamp behind

Just this morning, Facebook reminded me of a photo I posted exactly a year ago. 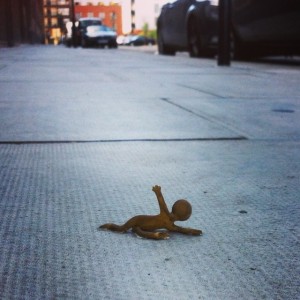 It was around this time that I was more than likely wading through the reading list, living in fear of the Arduino Marc had tasked us to code and liberate, and getting ready to sell up and move back home in order to raise enough moolah to give it all a go.

Just a few months later, and life seemed to be hurtling forward through the unique and life-changing experience that is SCA.

The decision to apply for the school was easy, I feel incredibly lucky to have been given a place and I’m a happier man for it.

Speaking of reflections, there have been some wonderfully written SCABs of late, so rather than cover already skilfully trodden ground, I’ll offer the one piece of Dave Trott-inspired advice that has held me in good stead.

Don’t forget the person you were before you applied.

The very nature of being an advertising ‘student’ has, at times, made it more difficult for me to remain objective, wide eyed and full of wonder.

So if you can, try your hardest to hold on to all of these qualities. They’ll come right in handy.

Over the first few months, write and scamp as if your life depends on it. Make work that would interest you as a real person, in the real world. The kind of person that more often than not would try their best to avoid most advertising in order to get on with more important stuff. The ideas might not be the fully formed, accomplished pieces of craft that you go on to produce later in the course, but they’ll be full of a freshness that you might just want to return to as you face the closing weeks of the experience.

Apart from that, cherish every single day of it. You’re in for one hell of a ride.

Chelsea Vs Arsenal: A Tale Of Two Agencies – By @CiRCUStrongman

I swear all you do is cut and stick? – By @ellebellwood