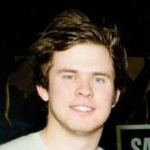 I find people’s arguments against the Sainsbury’s Christmas ad a little confusing.
People largely agree that it’s a beautiful little film that is ruined by the Sainsbury’s logo at the end.

Why do people think Hollywood films are made? They exist to make money, and if they don’t, they’re considered a failure. I don’t see anyone leaving the cinema after watching a great film and saying “it was a fantastic story, but what ruined it was the list of producers in the end credits who wanted to make a profit.” In fact, people are encouraged to go and see films if the box office takings are high.

I also don’t think the advert exploits the subject matter, in exactly the same way that I don’t think Spielberg exploits the Holocaust in Schlindler’s List. It’s a director telling a story in a compelling and beautiful way. I appreciate that’s a crude comparison, but you get my point.

Think of Sainsbury’s like a producer. They’ve funded a short film to be made, which is wonderfully written by a talented writer and shot by a skilled director. Yes, of course it’s an attempt to drive sales to Sainsbury’s stores as it’s an advert, but the most commercially available examples of ‘creativity’ exist to make profit. If they didn’t, the film and music industries would both collapse. Not only is the advert a brilliantly well-told story of one of the most poignant tales in military history, but it will also raise hundreds of thousands of pounds for the Royal British Legion.

Whichever way you look at it, that’s a good thing.

Two SCABs From Nunu – By @Nunumrmas