What do I want? – By @cutemagicalstar 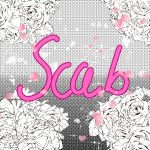 What do I want?

Now that we are getting closer to the end of SCA and I’m visiting more agencies for book crits, I’ve started to really think about where I want to go and what type of work I want to do. Weird isn’t it? If someone told I would be I’ll be an art director working in advertising this time last year, I would have asked what half those words meant. With me thinking about what I want, there’s also the feeling of those wants clashing with my partner’s.

Don’t get me wrong I love working with Tarun but after going to Lucky Generals and Uncommon for crits, two places high on our list, it made me think of places that will suit both of us. When we went to Lucky Generals we were in love with the atmosphere and agency culture but during the crit Sam pointed out that are work had a lot of charity stuff such as the ASOS LGBT campaign and Gluco pal, stuff I was particularly proud of but weren’t the stuff the agency was looking for, they wanted more stuff like the soup campaign which is fine. The guy gave us criticisms which will be useful for later especially if we wanted to work there. My partner seem to be excited about what to do next for our book but something rubbed me the wrong way about that crit. It wasn’t until we met the guys at Uncommon that started to click for be.

I’m protective of our voice.

I like to think me and Tarun’s work is based around sweet human truths such athletes superstition or ice cream being the best cry food, I like to think our work should do some good, seeing as people view advertising as evil and we are slowly moving away from brands that do nothing but sell. I feel our work is not charity based but more the idea that we always leave the audience better off than we left it however small, be that from making them laugh, stunning them with beautiful words or art direction, leaving a warm, solving a problem or doing actually charity, and perhaps I felt Lucky Gen didn’t see that in which might sucks in way but doesn’t mean I won’t take on their criticisms.

I do like their work and culture but I’m not sure I want to distort our voice for one place when many others seem to appreciate it, so now it more the job of finding those places that me and my partner can agree on, like Uncommon who where just as harsh but could clearly see our voice.

I feel this scab was more of me trying to figure what I want and what to communicate to my partner next time, it’s important for both of us to be on the same page since I value this partnership a lot. Perhaps I just need to find new ways to make mainstreams brand sing are tune in order to go the next step.