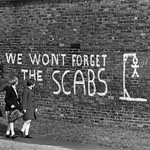 Who would win in a fight between a tiger and a hippopotamus?

I went for a fantastic run today.

Starting at London Bridge I ran along the North bank of the river as far as Limehouse where I turned to join Regents Canal.

Up until today I’d only experienced Regents Canal at Camden and at Kings Cross. Basically the touristy bits.

But running along the towpath all the way from the Thames I got to see how the community uses, and looks after, the waterway. I saw canoe clubs and aquatic nature reserves. I saw people drinking tins as they cruised along on their barges at nine in the morning, and other people fishing such tins out of the canal. I saw houseboat residents taking the utmost pride in scrubbing and hosing down their homes. I wondered what it must be like to hear the pounding of runners’ footsteps every day from as soon as the sun comes up, right next to your head. Then I remembered we used to go camping every summer and I realised I knew exactly what it must be like. Hell. But I get the feeling these people were probably early risers, or heavy duty drug users, so a bit of racket first thing in the morning wouldn’t make a ha’penny’s difference really.

My route jumped between areas of gentrification and traditional industry, and sometimes the former trying to pass itself off as the latter. It’s amazing how on top of itself London is. One end of a street can be tenement buildings and the other end is multi-story, multi-million pound town houses. I wonder how long that will last. Money talks.

Once you’re through Camden (how is it that tourists can see a 15 stone bearded man in luminous yellow socks running towards them, see him getting closer…and closer…and closer, and still not move when they’re about to get steamrollered? Next time I’m pushing one of them in the canal.) the water bends round to skirt around Regents Park. Now I’ve seen some shit before, but never ever have I been running along and suddenly had a giraffe pop up to look at me. I thought I’d had too many energy gels before I realised I was running past the zoo. Mr or Mrs Giraffe looked at me with nonchalance as I trudged by, elephant-like.

My head goes to all sorts of places when I run.

Presumably influenced by my animal encounter, I began to pass time by trying to figure out who would win in a fight between a hippo and a tiger. It’s a neutral environment like a field or something so the tiger can’t come out of nowhere and the hippo can’t drown the tiger. In my head the hippo has it. They’re loose canons. They spray shit around with their tails to assert their dominance and they eat grass, so when they kill humans it’s just for fun. Get anywhere near that mouth and it’s bye bye tiger I reckon. I’m open to opposing arguments though. This is the type of important stuff we should be debating. Leave Brexit to the chumps.

Elsewhere on the run I got my ear pooed on by an unidentified bird, saw an incredibly gifted saxophonist chase an unwitting couple through Angel market and passed by the spot where, last summer, I lay on the floor in my lycra and pretended to be dead in a futile attempt to win a scholarship to SCA. Man, that feels like a long time ago.

So there we go. Join me next time where I’ll be considering who would win in a fight between a chimpanzee and a kangaroo.

The copy scores 71.8 in the Flesch Reading Ease test

Positivity is right around the corner. – By @CharlesHueWill1

Chasing or getting chase? – By @DavidKorhonen4